Grainger is putting money into first-class office space in downtown Chicago to attract the best and brightest employees.

An article on the Industrial Distribution website reports that the company is hiring 300 people for its IT and e-commerce divisions. As part of its distribution strategy to attract top talent, Grainger is expanding its occupancy at one of the most expensive buildings in Chicago, the Citigroup Center.

When Grainger was founded 1927, it was in an industrial part of Chicago. Today, its headquarters are in Lake Forest, Ill., a suburb about 30 miles north of Chicago. So why is Grainger renting more office space in the Citigroup Center? I’m convinced that it’s putting money into first-class office space in Chicago because it wants to attract the best new hires possible for its IT and e-commerce functions.

Distributors aren’t known for having first-class office space. Grainger is reversing that trend, and I would say this is a key piece of the company’s distribution strategy. The lesson here is that the IT and e-commerce functions at Grainger are very important and worth investing a tremendous amount of money in.

The Fortune 500 company is the 15th largest e-commerce retailer in the country. As a wholesale distributor Grainger has 715 branches and 29 distribution centers plus more than a million products available. In fact, Grainger made $2.7 billion in e-commerce sales in 2012. E-commerce accounted for 30 percent of the company’s overall sales, up from 23 percent in 2011.

“With the rapid pace of business today, technology plays an ever-increasing role in our customers’ ability to succeed,” Jim Ryan, chairman, president and CEO of Grainger, says in a statement in the Industrial Distribution article. “We are developing world-class e-commerce solutions that are part of our multichannel approach, which includes our sales team, inventory management programs, branch network and service centers.” 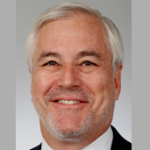